Linda Vu started her career as the Job Costing Manager for an aerospace engineering corporation at the age of 22 and worked there for seven years.  For the last 18+ years, Linda worked in the entertainment industry, working alongside with her husband, Don Barnhart, as one of the producers for Delirious Comedy Club, House of Magic, Jokesters Comedy Club and Battle Comics.  She's a proud supporter of the military and has the honor and privilege of hosting shows and entertaining the troops overseas since 2009 with her standup.

Vu is also fitness sensation and self-defense instructor.  Her body of work includes the Power Abs DVD, Women's Self Defense DVD and author of Get The Body You Want.  She has traveled overseas to share her expertise on health and fitness for the Armed Forces.  Linda is trained and certified in Wing Chun Kung Fu, best known as the foundation of Bruce Lee's martial arts. She is also trained in Close Quarters Combat and Weapons Disarmament.

Linda and her self defense team has travelled through Europe for the Department of Defense (DOD) and Armed Forces Entertainment (AFE), visiting and training with the troops stationed overseas including Saudi Arabia, Djibouti Africa, Bahrain, Qatar, United Kingdom, Belgium, the Netherlands, Germany, Japan, and more. Linda's reality-based Women Self Defense Seminar

Don Barnhart's love of comedy started at an early age.  As the son of television director, Barnhart hung out at the studios in Los Angeles watching his dad direct Mork & Mindy, Full House and even Saved By The Bell and knew making people laugh was his calling.

Getting a job as a doorman right out of high school at The Comedy & Magic Club in Hermosa Beach, CA.  Don spent every chance he could learning the art, craft, and business of comedy and by the time he was 20, Barnhart was the House MC, Talent Coordinator and Night Manager booking and opening for such comedy superstars as Seinfeld, Leno, Dennis Miller, Jim Carrey, David Spade, George Wallace, Robin Williams and so many more.  In 1987, Don left his job to pursue his own career of standup and has never looked back.

And now, critics are raving, "Don Barnhart is hysterically funny, delivering well-written topical material with an improvisation flair that's not to be missed. Don pushes the boundaries of "Cancel Culture" using common sense without being overtly offensive. He's a refreshing voice in comedy with the clever, witty insights of George Carlin and the facial expressions of Jim Carrey." 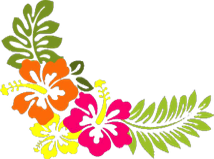 Don Barnhart has two residencies in Las Vegas with his Standup Comedy and Hypnomania Comedy Hypnosis Show.  Since 1992, Barnhart has produced comedy shows entertaining the troops stationed around the world with Battle Comics, USO, and Armed Forces Entertainment.  He is the inspiration and featured in the documentary, I Am Battle Comic, stars in Finding The Funny with Brad Garrett and Louie Anderson and has been seen on MTV, Comedy Central, NBC, and FOX.  He is a Bob and Tom Show favorite and can be heard regularly on Sirius/XM.

The award-winning comedian is also a certified hypnotist and one of the top inspirational, motivational and keynote speakers and performs an entirely separate comedy hypnosis show. He is the founder of The Las Vegas Comedy Institute and in his free time, teaches stand up, improv and comedy writing.

Don's new book, Finding Your Funny is a Best Seller on Amazon.  With a humorous and heartfelt forward by Comedy Legend George Wallace, Finding Your Funny goes beyond Barnhart's own 35+ year journey and shares the brutal, often overlooked experience and advice of other comedians, entertainers, managers, agents and bookers. Barnhart is also the author of Creating The Life You Desire and a contributing author on I Killed.  For more information, please visit DonBarnhart.com.

empowers women to protect themselves with practical techniques that can be applied from the parking lot to the battlefield.

Thank you for taking the time to check out  our website.

If you have any questions, comments, concerns or would like more information about bringing the Aloha-Ha Comedy Club to your venue, please feel free to send us an email.  We look forward to hearing from you.

Bringing Laughter To The Islands